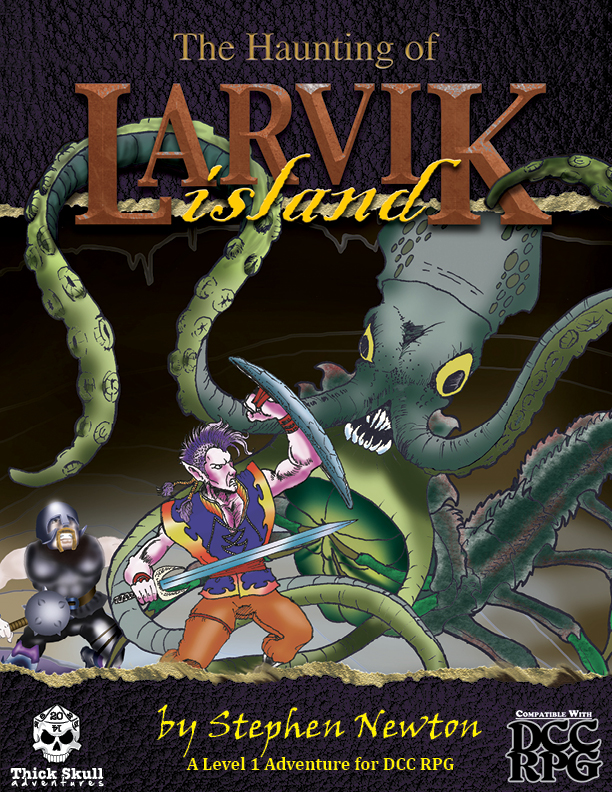 Good news! After being unavailable for several months, I’ve re-loaded the distribution channel with fresh copies of Attack of the Frawgs and The Haunting of Larvik Island so those two products are once again orderable from places like the ever-loyal FRPGames.com.

And in a bittersweet development, the shipment I sent them was my last copies of The Haunting of Larvik Island. As of this writing, I have no plans to re-print any copies so once those copies are gone they’ll probably stay gone until the day I eventually finish the long-in-development follow-up adventure (which is intended as the third installment in the Frawgs + Larvik series.)

I know guys like Taco Jon Herberger and others may have a few lingering copies in their stores as well, so you may see a few other copies available at cons for a while.

PS: The new DCC Western is coming along nicely, and I hope to begin alpha-playtesting in Dec with my usual suspects.