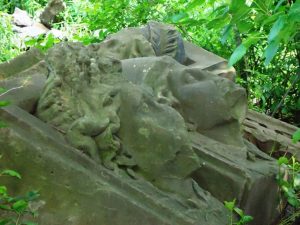 A couple of weeks ago–and I believe sometime last year as well, although my memory is foggy on this–I was fortunate to be included in a group of folks who receive a free adventure from prolific author and gentleman judge, Mr. +Daniel Bishop to help celebrate his birthday. While I’d missed the original posting on the blog, apparently to be eligible to receive the mathom, you needed to post a review of something he’d written and link to it in the comments. As Daniel has been superb about posting mini-reviews of all DCC products known to man, I thought I’d take this opportunity to return the favor on one of his products. Given Daniel’s well-known generosity over the years, I’m sure if you contacted him, you could figure out a way to obtain a copy of this gem.

So what did you get?

To the best of my knowledge, Daniel has not posted the actual title of the adventure publicly, so I will continue to keep the title quiet as well until Daniel gives me the OK. So for review purposes we’ll call the adventure:  2016 Mathom.

Temple of the Golden Ape is a quick little outdoor adventure which takes place in a jungle setting, but could easily be adapted for forest, desert, or any other climate really. It opens with about 5 “on the way to the action” outdoor encounters with the players eventually arriving in an overgrown and forgotten temple containing about 6 keyed locations. The temple has a twisty layout which will give the PCs some mapping calisthenics. The encounters are mostly mundane animals (in the non-magical sense), but there is one brute that will stalk the PCs around the byzantine complex no doubt wreaking havoc on the poor PC bringing up the rear. There’s a final boss encounter with an arcane beast that can provide more plot hooks, information, quest resolution, or an opportunity to grab some XP. It reminded me a little bit of Daniel’s Bone Hoard of the Dancing Horror on a much smaller scale (in that it has twisty little map and a meanie that likes to sneak up on the PCs.)

Who should run this?

This module could easily be dropped in to any existing outdoor adventure to add more flavor to an existing campaign. As I read it, I felt this could easily augment my own The Haunting of Larvik Island, or provide new locations within Jon Marr’s Peril’s of the Sunken City‘s Great Swamp. It could also extend the swamp within Doom of the Savage Kings. It will probably work best if the judge has a quest in mind (“…you need to go deep into the jungle, and face the terrors of the lost temple to retrieve the Dreaded Plogistonian MacGuffin”) or if the judge just needs a couple more hours of game time in an location like the ones mentioned above.

…if you haven’t already done so, do yourself a favor and pickup a copy of Prince Charming, Reanimator. It’s my favorite Daniel Bishop adventure that I’ve read so far (but given how much material that guy has written, there’s a lot of his stuff that’s still in my “To Read” pile.)