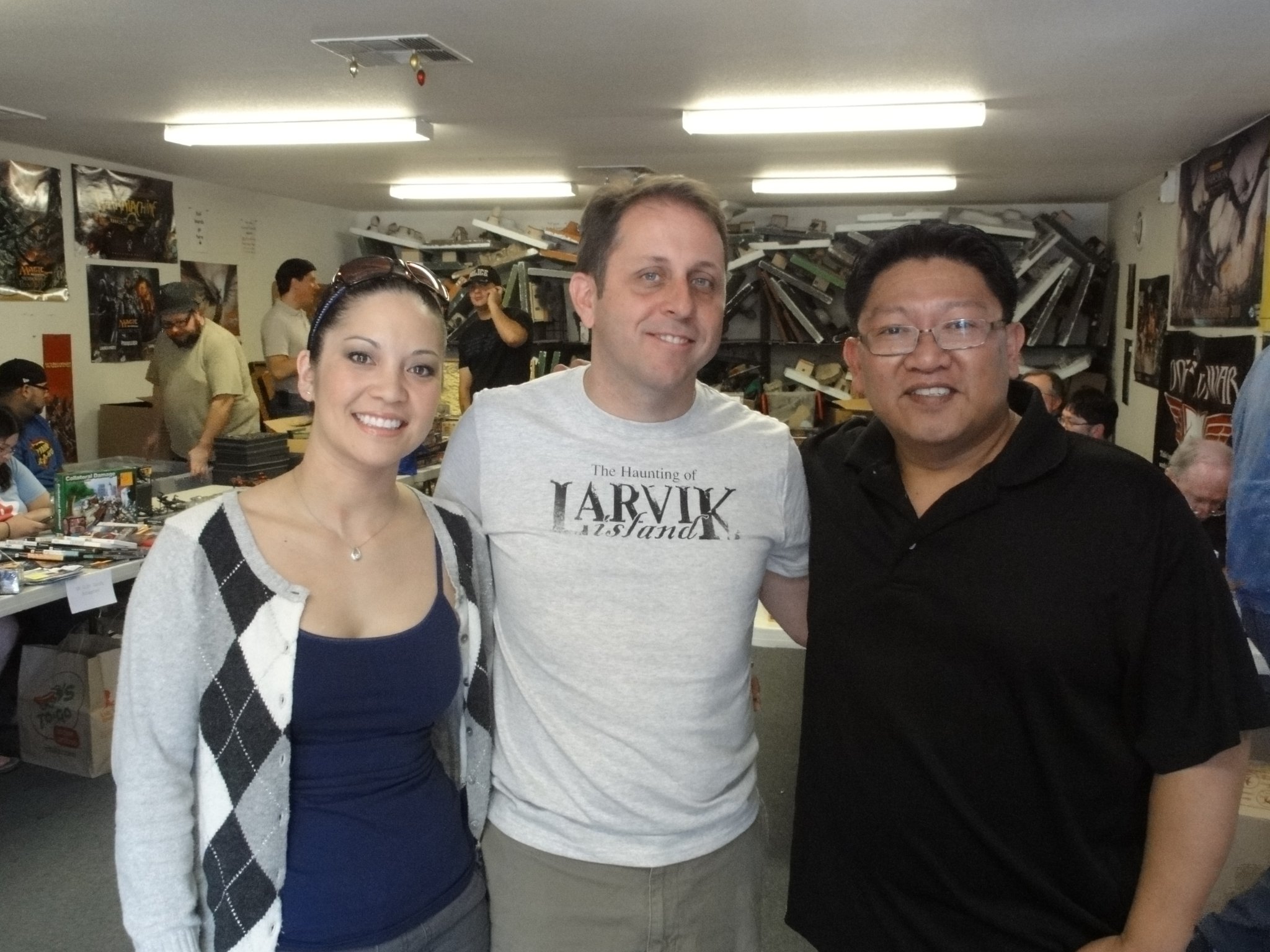 The date totally passed me by, but June 30 was the birthday to this creative outlet of mine, Thick Skull Adventures. On June 30, 2011 is when I first released  The Haunting of Larvik Island for Dungeons and Dragons fourth edition.

It would be another year or so before Dungeon Crawl Classics would be released and Attack of the Frawgs would hatch for that fabulous game system.

I want to thank everyone for making these adventures so fun to work on, and being such a fabulous and supportive community.

In the photo: +Catherine DiNardo (graphic designer), myself, and Tony Tira (cover artist) at the launch party for the print version of Larvik Island 4E at Game Kastle Santa Clara on July 9, 2011.