Children of the Fallen Sun video by Judge James Walls

Well the Children of the Fallen Sun Kickstarter campaign is behind us. I had a fun time running the Kickstarter and it was great to see everyone post pictures of their copies once they arrived. One of the folks that showed off their copies was Judge James Walls – host of the Glowburn podcast. On his video channel he did a quick overview of Children of the Fallen Sun. 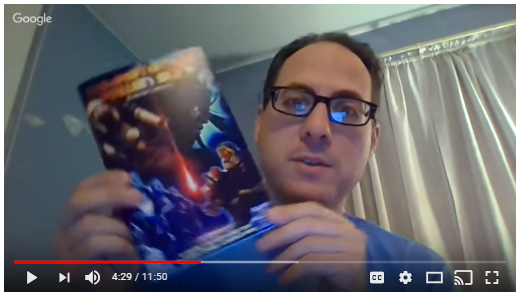 The adventure should go on sale to the general public – both in print and PDF – within the next few weeks I’m aligning the release with the general availability of the Mutant Crawl Classics RPG. According to Goodman Games, those are now back from the printer, and I believe they’re getting into the retail pipleine.